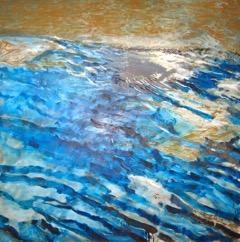 Exciting New Gallery to Take up Quarters in Downtown Fitchburg,
Bringing Creative Economy Energy to the Town at Opening July 8, 2016

Sitka founder and owner Tamar Russell Brown is thrilled to be making the move, expressing confidence that the gallery will support the town’s cultural pride, the state’s art economy, and the Fitchburg Art Museum. The gallery will also help to revitalize the downtown area as part of the hoped-for Creative Economy burst in the coming years.

A diverse group of Central Mass painters, sculptors and photographers will show their work at the new gallery and employ it as their base of operations in the Fitchburg area. The gallery will also host other artists from NYC and Martha’s Vineyard.

New York gallery owner Maia Hamilton has recommended the “calming and soothing landscapes” of painter Beth Barry as work that most any art lover would want to have. Painter and Creative Economy leader Jeanne Borofsky will exhibit more of her lively encaustic (hot beeswax mixed with dry pigment) works, which create translucent surfaces with a striking feeling of depth. Thomas W. Bradley specializes in capturing fleeting impressions of “the hidden treasures within the landscape that surrounds all of us.” Vineyard Haven native Marston Clough, a prolific painter in oils, produces “both real and imagined” Martha’s Vineyard seascapes and landscapes.

Deborah Cross is a pioneer in the creation of jewelry made not only from gold, silver and copper, but also from sea glass, a material fashioned by Mother Nature herself in powerful ocean currents. Iphigenia Gossios Burg will continue to develop her free style using such media as oil-pastel, charcoal, oil paint and acrylic, as well as the collage and mixed media. Artist Jen Hemenway, well-known for her very popular paintings on skateboards, continues to experiment in watercolors, pen and ink, wallpaper and charcoal. Luanne Hume, sometimes called the “Birch Lady” among her numerous fans and clients, will show her dynamic landscapes of the New England countryside.

Lawrence “Larry” Libby, will exhibit photos that combine his unique view of the world and the influences of such great American painters as Georgia O’Keeffe and Winslow Homer. Mass native Amanda L. McSweeney never goes into the woods without her camera, and extends her love of wild things to the colorful menagerie of creatures that live with her in her home in Templeton. Italian artist Ylenia Mino adds classical studies such as ancient Greek, Latin, philosophy and art history to her technical training as an artist. Ylenia supports different charities and causes, such as The Value of a Smile in Tanzania.

Painter Dug Morton will go on perfecting working methods that “respond to the vagaries of [his] day-to-day interior life.” German-born Ilse Nesbitt Buchert has been doing shows all over the world since the mid-1960s, and boasts works in public library collections in both the U.S. and Germany.

Aric Rasmussen will show striking action photos that began with watching his father’s shoots of Formula 1 auto races at Watkins Glen in the 1970s. Jonathan Route, an active supporter of the Avon Walk for Breast Cancer, loves to capture very small, intricate details in his photos. Daniel Senie will show works that take inspiration from a childhood spent in both the Berkshire Hills of western Mass and in the concrete canyons of New York City.

Versatile ceramics artist Collette Shumate Smith will surprise Gallery Sitka visitors with her adventures in ceramics, large murals and other art forms. Nature photographer Paul Sihvonen-Binder is known especially for his photos of the Quabbin Reservoir area in Central Mass and its spectacular native wildlife.

In recent years Woodworking specialist David L. Smith has developed various glass etching techniques, moving away from the functional and towards the decorative and conceptual. “I’m a channel,” says painter Kellie Weeks, a channel for a transcendent reality depicted in encaustic and sometimes in such materials as gold leaf and shellac.

Visit gallerysitka.com for more information about this momentous Creative Economy event, and to learn more about the future plans of Gallery Sitka at its new home in Fitchburg.