The History of Temari

Temari Balls are a traditional Japanese craft. The origins are from the Chinese kemari (foot ball) which was made from deerskin. The modern-day haki sack originated from these kemari balls. By the Heian Period (794AD – 1185BC) the balls had become a popular game with the Japanese nobility. During the Edo period (1615-1858) they became Temari (hand balls) made of cotton by the palace ladies in waiting. Since the women of the palace were most concerned about finery, elegance, and beauty the toys became more and more elaborately decorated. Their purpose became more about displaying their beauty than about play. The children in the villages still played with these beautifully embroidered balls and it became a popular gift for special occasions.

Many things were used to construct the Temari ball. Old socks, strips of old kimono and swatches of fabric were used to encompass the rice husks that made up the center of the ball. These were then wrapped with more strips of kimono or yarn and then finished with a final wrap of fine thread. Often a special wish or prayer was wrapped inside the ball with the rice husks. This was especially true if the ball was a gift to a child. The most common celebration day to receive a Temari ball was at the beginning of the New Year. Temari can be all sizes from very large to display on pedestals to quite small that are used as accessories like earrings or ties for a kimono.

“I use the same methods as the ancient Temari balls with one exception. I begin with a Styrofoam ball. Using the Styrofoam ball allows me to have a perfectly round ball with much less time. Then I can spend my time on the fun part, the embroidery!  I make them with a hanging loop so you can put them on a Christmas tree, but all of them can be displayed year-round. Candleholders, small dishes, and wooden rings can all be used to display your Temari. They make a beautiful addition to a table, on a fireplace mantle, or bookshelf”- Kate Shaffer

These lovely creations are handcrafted by New Hampshire artist Kate Shaffer and are available throughout the month of December. 2020 exclusively at Gallery Sitka. Order yours today!

How to Display Temari 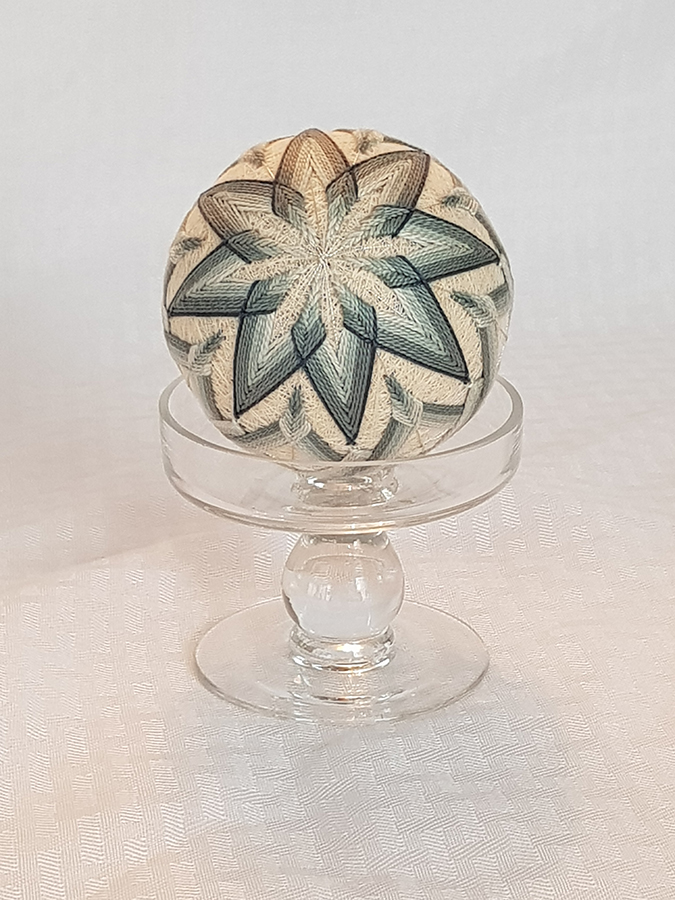 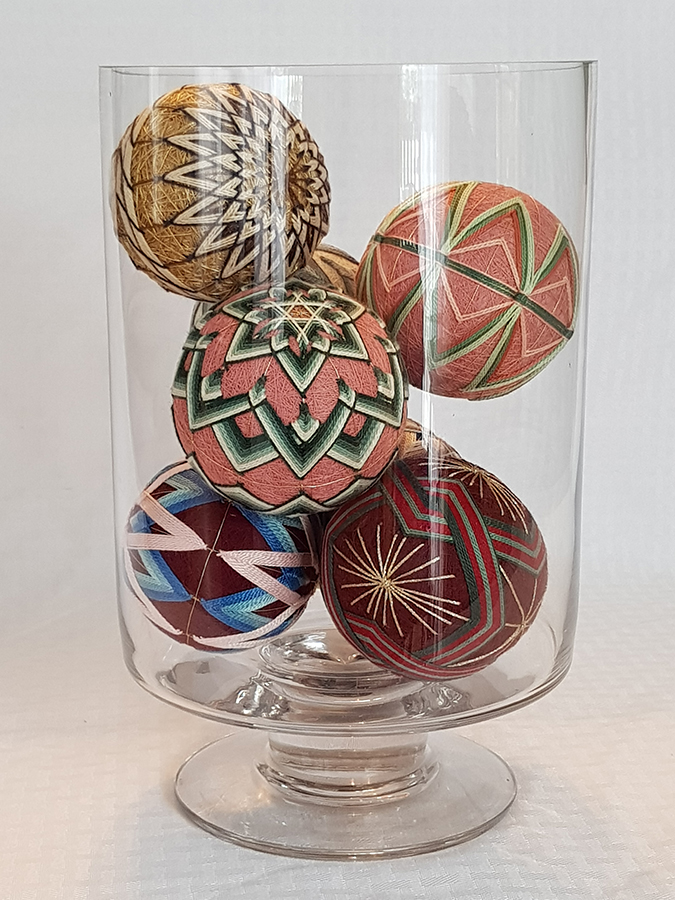