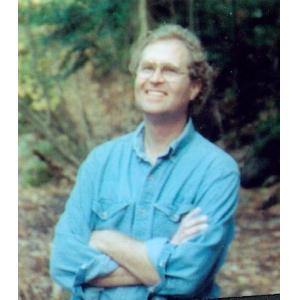 From his earliest years as an Army brat in Europe in the 1960s, Larry was exposed to Renaissance art, and Gothic and Roman architecture on an everyday basis. Back in the States at the age of 13, he took up photography. Entirely self-taught, by 19 he appropriated a bathroom in his parent’s home to use as a darkroom. Living in the Washington DC area during his High School days, Larry often felt his education was better served by riding his bicycle to the National Gallery of Art or the Hirschhorn Museum of Modern Art, rather than attending scheduled classes. A two-decade fallow period followed.

With the invention of digital photography, Larry decided to try photography once again. He claims his major influences to be American only, Grant Wood is considered a Regionalist – better to say something like 20th-century American Realist and Modernist painters Regionalist painters such as Grant Wood, Georgia O’Keeffe, and Winslow Homer, along with great photographers such as Ansel Adams, Edward Steichen and Henri Cartier-Bresson, but it appears his deeper influences predate photography by many centuries. In addition to the Bull Run’s Facebook page and Newsletter, Larry has had photographic work published on various musicians’ websites and Facebook pages. He has also been published in the following periodicals: Time Out New York, Time Out Chicago, Time Out Kiev (Ukraine), Newport (RI) Patch, Shirley Oracle, and Townsend Times.