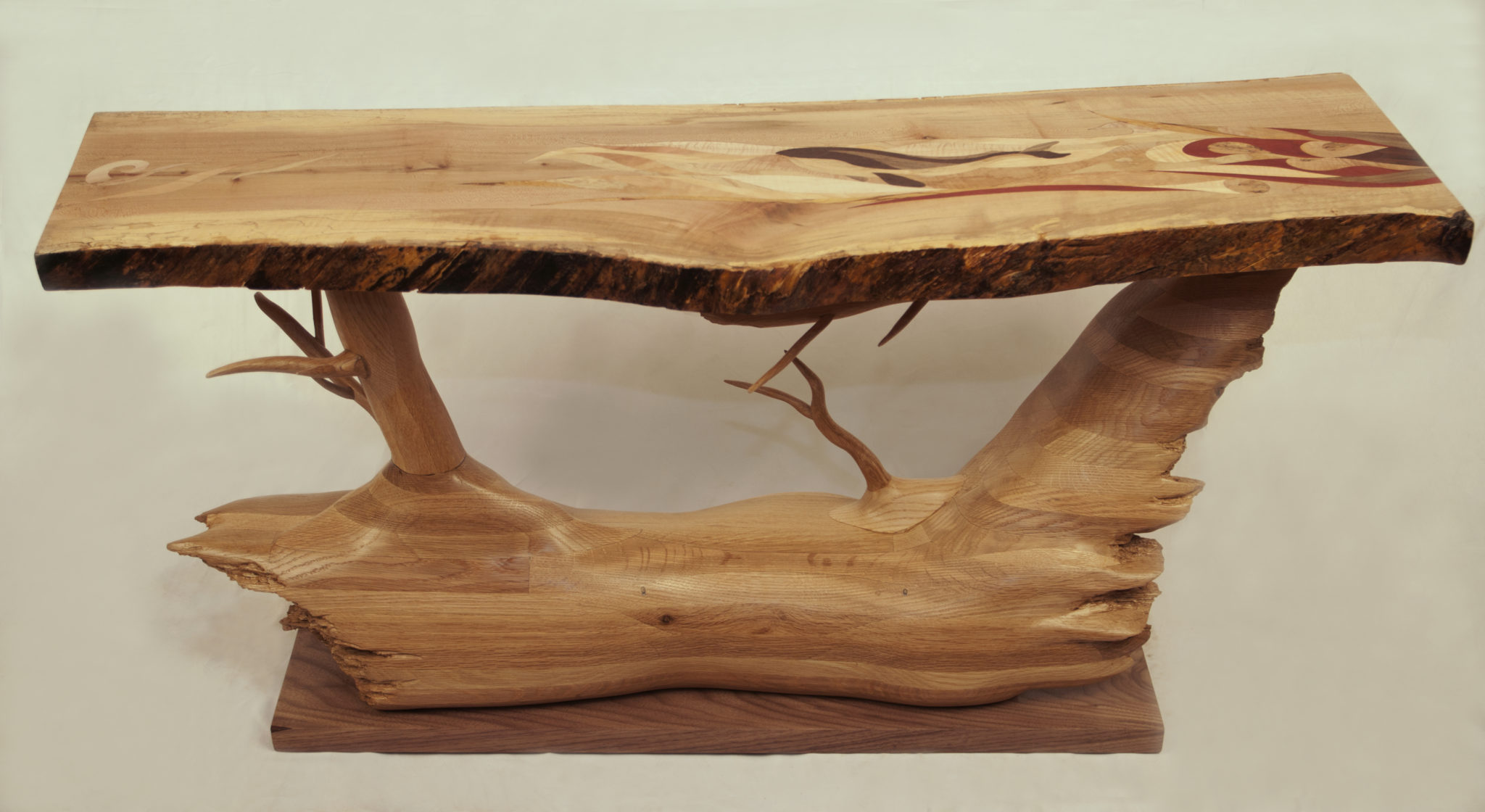 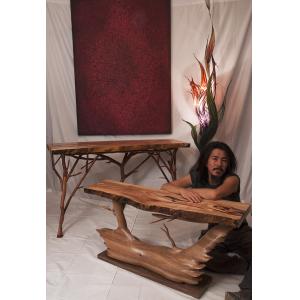 SHIRLEY, Mass. — Zen Saito is a former multimedia surrealist once based in Brooklyn, N.Y. This is his first show in 14 years. His reverence for the natural world is evident in the expressive, surprising woodwork pieces he will exhibit at Gallery Sitka East in Shirley, Mass., beginning Saturday, Oct. 5.

Mr. Saito’s previous work includes, but is not limited to, paintings, mixed media lamps, and his ongoing woodwork series entitled “Alter Conviction.” His one-of-a-kind pieces bring to life intriguing negative space, detailed craftsmanship, and a myriad of three-dimensional enchantments that often make viewers linger and forget the passage of time.

Zen’s artwork is often based upon nature, most recently related to plants. In the past, he has aspired to imbue his creations with messages to the world, going as far as targeting a specific audience. Now he is simply enjoying his creativity and skills while growing through various processes. He is excited about all the new challenges to come.

“Breaking your own rules can only bring new creativity,” says Zen. “If I stay in lukewarm water, it begins to feel like stagnation.” He adds that he needs “ideas that are completely new for the next piece.” Failure is not an option. “I can’t fail. That would be the end of the world.”

Zen is a tough taskmaster, and takes his work very seriously indeed. “I’m still tough on my creativity but if I let go, there’s no fun in it,” he says.

He is getting more and more attuned to the call of the wild. He seeks a kind of symbiotic relationship with animals. “I’ve begun to feel like one of them,” he admits. “I’ve ceased caring about what’s going on in society and I am no longer interested in spending time and effort taking part in the world anymore. My workshop is my world. Being on the side of nature and animals is my world.”

He is not optimistic about the future of humanity. “Humans will eventually destroy all wild nature and I’m left with no optimistic hope for it,” he says. “There is no message that will stop us from making modern life and convenience a priority derived from desire, need, power and greed.” An “important” individual once said to Zen, “Yes, we might not ever save them, but you can’t live like an [expletive deleted]!”

Zen still puts a good deal of effort into leaving a smaller ecological footprint but he doesn’t want to spend exhaustive energy fighting the opposition. He would rather spend quality time with allies for the time we all have left. He appreciates and prefers the beauty, uniqueness and unbelievable functionalities of the creatures in wild nature. Yet he also feels that he will “never even get close to their level of creativity.” But he enjoys studying animals and he likes the child’s play of working them into his art.